My postings are few and far between-I think I broke the internet.

Posted by Minebuster at 2:54 PM No comments:

HOT TIME IN THE OLD TOWN THE OTHER NITE

Donna T:
Two years ago, during the last provincial election, the Ontario government ordered a review of the outdated and flawed Aggregate Resources Act because of the concerns raised about the proposed Highland Mega Quarry.
Public hearings were held in the spring of 2012. Many of you will remember the struggle we had to ensure those hearings were open to agricultural stakeholders, and the energy they spent preparing their excellent presentations. As well, many of you will recall the "tour" the Standing Committee on General Government took of the proposed Mega Quarry site from the seats of a bus.

Over the past few months, the Committee regrouped and completed writing its recommendations for possible changes to the ARA. Those recommendations were released this afternoon and they are disappointing.

It's a long report - complete with photos of the MPPs at some of the 12 aggregate sites they visited.

It does not contain protection for Ontario's prime farmland and source water regions.

Instead, the ARA report focuses on rehabilitation of pits and quarries on prime farmland after excavation.

Thanks to Donna Tranquada for being on top of all of this (so I don't have to! ;)


TUESDAY --  NDACT chair Carl Cosack and Food & Water First volunteers attended a Land Over Landings meeting in Claremont to share their experiences from the Mega Quarry campaign. Land Over Landings is trying to protect 13,000-acres of Class 1 farmland from being paved over for a Pickering airport and other development. The gym was packed and there was great enthusiasm for Carl's presentation. Thanks to Mary, Pat, Jim and the Land Over Landings team for making us feel so welcome! It was also wonderful seeing all the Food & Water First lawn signs in the Pickering area! The Durham Region newspaper covered the event.
http://www.durhamregion.com/news-story/4170615-successful-activists-inspire-pickering-airport-opponents/


WEDNESDAY -- The Orangeville Banner published a story about both Rachel McAdams and Toronto supporting the cause! Toronto Councillor Josh Matlow, who introduced the Food & Water First motion at City Hall, is quoted extensively.
http://www.orangeville.com/news-story/4170692-rachel-mcadams-toronto-promote-food-and-water-first/


THURSDAY -  The David Suzuki Foundation published a column about Food & Water First by Faisal Moola. DSF was a key supporter in the Mega Quarry campaign and co-organizer of last year's Soupstock. Thanks, Faisal, for this terrific blog!
http://www.davidsuzuki.org/blogs/panther-lounge/2013/10/food-and-water-first-the-fight-to-protect-prime-farmland-continues/

ONE OF THESE THINGS...

Watch this video and then guess then name the individual who fits in the correct category:
And NO ladies, Carl is NOT the correct answer to all of the above.

As always, Jason and Blaine have done a great job!!

BILLIONS AND BILLIONS OF TAXPAYER MONEY, JUST NOT TO PROTECT YOUR FOOD AND WATER

Man, I knew I loved turtles.

I had no idea how much.

Nor did I ever imagine the majestic, eons old turtle, dinosarian you could say, might be our messiah/saviour, etc. against wind turbines.

Recently there was a sighting of the threatened species, the Blanding’s Turtle (Emydoidea blandingii). 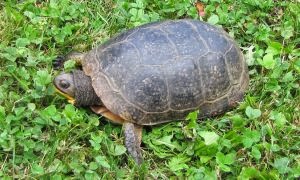 There has never been a reported sighting in this part of the province until now.

The reports required of Dufferin Wind for their Renewable Energy Approval (REA) application filed with the Ministry of the Environment (MOE) did not include any mention of the threatened species, the Blanding’s Turtle.

The company has an obligation to study and then report on the wildlife populations in the project area as part of their application. The MOE and the MNR have an obligation to protect our environment, and follow due process.

Can we talk about the elephant in the room? 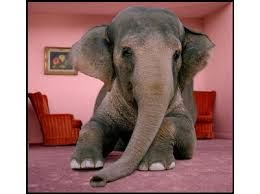 You know, the farmers who started the turbine talk and "invited" the turbines into the community.

To start with, I know most of these people and I honestly think they thought they were doing the right thing.

AND do not forget, our elected government was making a very attractive package with OUR own tax dollars.

I feel the ONLY thing the farmers who opened the door are guilty of one thing-naivety to think they would have the resources to finance the entire project.

I think we all learned something from the quarry battle-stand together as a community-or fall.

And if you don't think the farmers were tricked by a skilled snake oil salesman..think about this.

Seth Klarman, the founder of the billion dollar hedgefund Baupost, one time owner of thousands of prime farmland in Dufferin, someone who is touted throughout the world as a financial genius, was sold a worthless idea (remember that 2,400 acre 200 foot below the water table open pit limestone mine) by John Lowndes.

A Ron Jeremy doppleganger!! (And if you don't know who Ron Jeremy is, don't google his name at work.....just saying.)

PS: psychology studies show that one of the hardest things for the human species to do, is change their opinion once they have made a public declaration in support of something.

So for those farmers (and individuals) who were championing farm owned power, perhaps you are morally or contractually obligated not to make a public statement against the proposal now, but something you could do, very quietly, is throw some money to Dennis Sanford, who is making great strides at mostly his and his families own personal expense in bringing this proposal to its knees.

Tommorrow-why Food and Water First should be opposing turbines.
Posted by Minebuster at 3:36 PM 4 comments: